By S P Tulsian
about 8 months ago

Reliance Industries Ltd. (RIL) will declare its Q3 FY21 results (quarter ended 31st December, 2020), on Friday, 22nd January, 2021. Our estimates, on consolidated basis are as under: 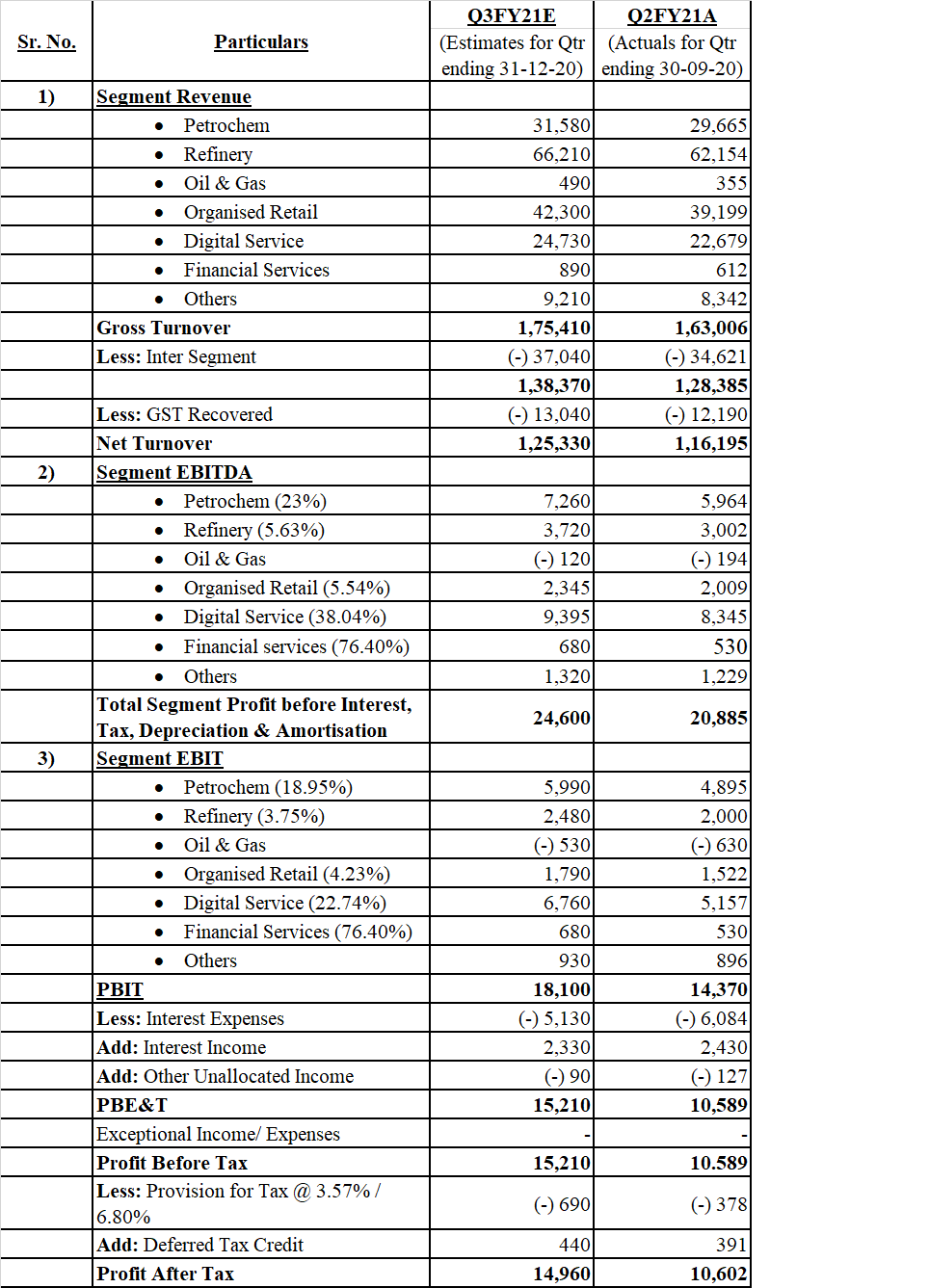 Please login to like the article.
Go to Login
Enter your email to get free stock market updates in your inbox !
* By clicking Register, you agree to our terms of use
You can also get updates via our mobile app.